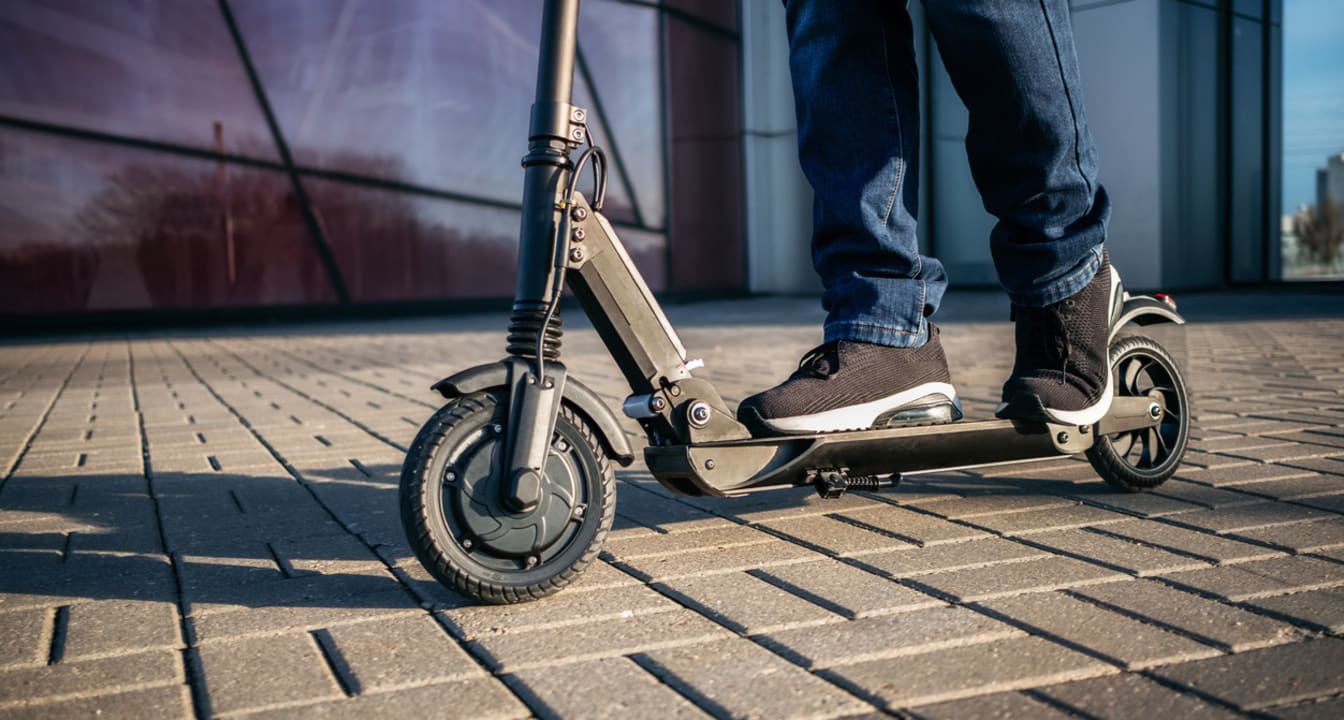 You may already attend one of the Salford universities or are looking to go in September, but did you know there is a quick and easy way to get round the city?

The use of e-scooters are growing in popularity, due to their easy and speedy nature. We are seeing them being used mainly in big cities, allowing people to get around without being stuck in traffic or paying a fortune in fares. Salford is one of the latest cities to join the e-scooter trends, as part of the Department for Transport’s e-Scooter trial.

The scheme run by Lime is supported by Salford City Council, Transport for Greater Manchester (TfGM) and the University of Salford who are researching ‘micro-mobility’ over short distances. But how can you use them?

Who can use e-scooters

The great news is that the electric scooters can be used by anyone over the age of 18 who holds at least a provisional UK driving licence - which is perfect if you are yet to pass your driving test!

Where in Salford can I ride an e-scooter?

The scooters can be used throughout pretty much the whole of Salford, which is great for helping you get to where you need to be - whether that be Uni or the shops! The scooters can be ridden between the University of Salford, Salford Quays and up to the boundary with Manchester City Council , as well as to Salford Royal Hospital.

Where should I ride my e-scooter?

The e-scooters can be ridden the same as a pedal cycle – so in bike lanes and shared footways where cycling is permitted. The e-scooter should not be ridden on a normal footpath or in other pedestrian areas unless there is signage indicating it can be used by pedal bikes.

Where do I find an e-scooter?

The electric scooters are found in specifically marked parking bays, which can be located by downloading the Lime App. They’re in locations all over the city, so you should be able to find one near you!

How do I use an e-scooter?

You will need the Lime App to start a ride on the scooter, and then it’s really simple! Scan the QR code on the handlebars to begin a ride. Once complete you just park it responsibly in a designated parking zone and take a photo to confirm the end of the ride – easy as that!

How much does a ride on an e-scooter cost?

Rides on an electric scooter are relatively cheap! Each ride costs £1 to unlock and 15p per minute to use. It’s a good idea to contact Lime directly though, as students can receive a discount on their rides.

If you decide to hire an e-scooter, make sure you are ultra-safe and sensible – we recommend wearing a helmet at all times!